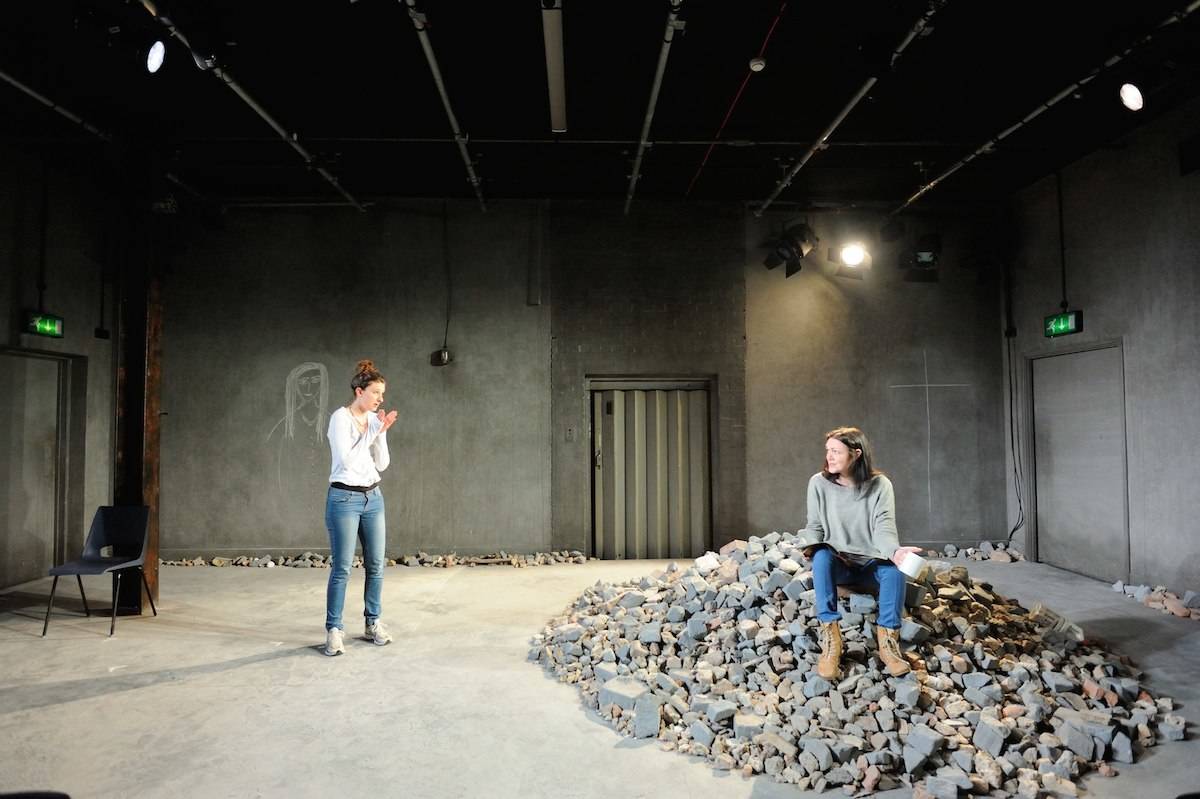 Write at the Heart: 1 was the launch event for SALT, a theatre company interested in the connection between stories of the past, and those of the present. King Lear was chosen as the springboard classic, with 6 different writers, directors and creative teams staging an evening of fresh work at the Southwark Playhouse.

“Lear … surfaced in Catriona Kerridge’s painfully sidesplitting “Flustered” as an elderly father, jet-setting and drug-smuggling in the throws of dementia. He tried to learn Welsh and catch an international flight, wandered naked into the hall after mistaking it for the bathroom, and roated a chicken stuffed with £10k of cocaine (surely these are the surreal, modern-day equivalents of wandering the heath decked in flowers with a fool during an thunder storm). Most of this lunacy was offstage, recounted by one daughter to the other. These stories were hilarious but bruising: parental decay became an accusation and filial duty and old favouritism were weaponised in a struggle over caregiving.”
– Litro