What the critics said … 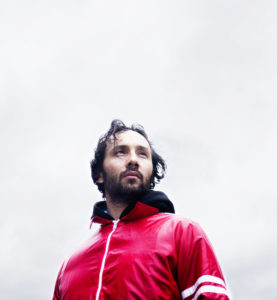 “Performed with vigour and expertise, creating a powerful experience for the audience.”
– Broadway Baby

Angus Chisholm presents each character as if they are on the verge of explosion, of the final dramatic release and it is with a force of tremendous nature that he keeps the outstanding narrative flowing at all times … A hard but darkly comic play, one that spins constantly and refuses to let go of the pressure on the neck.
– Liverpool Sight & Sound 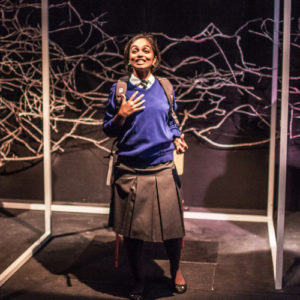 “Piercingly eloquent mini-dramas about FGM
A profoundly upsetting series of plays, but ones that give enhanced clarity as they explores the barbarous ritual from various angles … Alex Crampton directs all four with vivid versatile actors in an excellent BARETruth production that does justice to the way, in some of the plays (one of which is verbatim), the horror steals into one’s ken gradually from within a comically depicted context. The gabby air-hostess who notices a mother holding onto her daughter for dear life.”
★★★★ Independent

“The young theatre company BAREtruth is courageous. Its agenda is to focus on subjects that many people don’t want to face and Little Stitches is a quartet of short plays about the disturbing issue of female genital mutilation … But the great strength of Little Stitches is that, while distressing, it avoids sensationalism and is informative. It’s performed by a role-swapping, accent-switching, multicultural cast of five with quiet concentration and some flashes of humour.”
★★★★ The Times

“The director, Alex Crampton, keeps a sharp focus throughout, and her chameleonic five-person cast carry the baton with superb agility.”
★★★★ Arts Desk

“Little Stitches deals with the frankly harrowing topic of female genital mutilation …
But you need not worry about it being too depressing, bleak or confrontational; the show is here to raise awareness, not to lecture. The theatre is a source of escapism and joy and such serious topics can seem out of place. Little Stitches, however, does not fail to entertain.”
★★★★ The Upcoming

“The aim of this play is education and this is executed formidably. You are allowed to witness different points of view and see where these traditions come from. The inclusion of post-show talks with FGM campaigners and psychotherapists with some performances gives credibility to the work that BAREtruth do. This isn’t a gimmick, this is a group of people working hard to educate and generate awareness through their craft.”
★★★★ The Metropolist

‘Too much silence around FGM perpetuates the tradition’
EAST END REVIEW 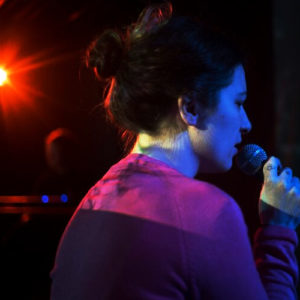 “Halsall draws us into her character’s psyche – just her and a microphone, and under director Alex Crampton’s steady hand, we are off to an intriguing start. Crampton has her work cut out for her and keeps Halsall together as the audience is whisked through a cacophony of character, landscape and sound
… In Megalopolitan, every part is so different from the others that the beauty of it is the portrait these tiny pieces paint as a whole.”
★★★★ Theatre Fullstop

“Fascinating….entertaining…deeply thought provoking …
This was a fascinating performance. The music, sounds, video worked superbly together keeping everyone focussed on the stories of the city unfolding before us.”
★★★★ London Theatre 1 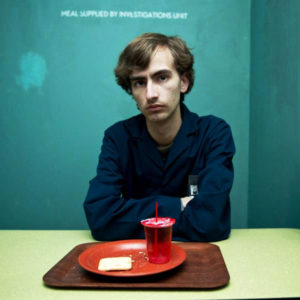 An extraordinary evening of disorientation, intimidation and fascination.
BROADWAY WORLD

Retz splices Kafka’s stories about the beleaguered individual with interrogations of online identity – a canny move that strikes a powerful contemporary chord.
TIME OUT

RETZ’s creation of a near-constant high level of anxiety in surveillance heavy London is a masterstroke and would surely pass muster with Kafka himself.
★★★★ WHAT’S ON STAGE

RETZ stand out – the attention to detail, the control, and more than anything else the set, which is outstanding, grips from first to last.
THE STAGE 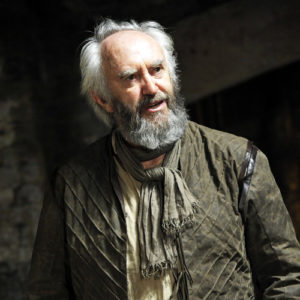 This, in short, is a Lear that deals with the breakdown of a family rather than a universe and one largely distinguished by a central performance in which the Pryce is absolutely right.
★★★★ GUARDIAN (Michael Billington) 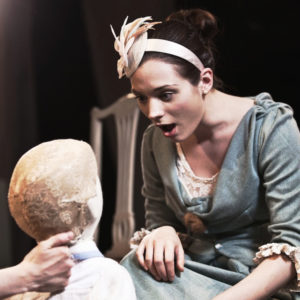 “Space Productions, under the direction of Alex Crampton, has successfully brought Ibsen’s work to life at the Arcola Theatre. There is much to be admired, and it is certainly an intense and alluring production that – even within its closing moments – keeps the audience on the edge of their seats. It’s great to see a classic brought to life once more … Crampton delivers a challenging use of direction.”
A YOUNGER THEATRE (Jake Orr)

“This is one of the best examples of fringe productions – willing to take risks based on sound analysis, a strong vision and confident creativity.”
★★★★ LONDON THEATRE (Peter Brown)

“In the ever-expanding suburb of English Doll’s Houses, Alex Crampton’s for Space Productions finds its own avenue. A cul de sac, rather than a through-route, for imitations will hardly have the inventive freshness of this.”
REVIEWSGATE (Timothy Ramsden)

“In terms of acting, every member of the cast is superb, each giving a powerful and well-rounded performance.”
INDEPENDENT (Neela Debnath)

“Where the extent of Nora’s difficulties can seem ridiculous in the wrong hands, director Alex Crampton seeks to bring the power play of this marriage, and Nora’s social vulnerability to a modern audience. This production, and Gina Abolins’ central performance, succeed in making her plight important and truthful.”
WHATS ON STAGE (Tom Sudron)

“Director Alex Crampton and creative producer Mari Rettedal-Westlake, together with a talented and highly committed group of actors, have created one of the most exciting and relevant productions of the play I can remember.”
CAMDEN NEW JOURNAL (Sipora Levy)

“A darkly haunting and refreshing interpretation of Ibsen’s classic … Alex Crampton’s direction magnifies the relevance of the play’s central themes in today’s society. A culture which is obsessed by image and material wealth.”
LONDON FRINGE FESTIVAL (S. Willow)

“Director Alex Crampton’s interpretation of this classic is to be commended for its ingenuity … Nora’s story is well-known and to bring it up to date she has added a third dimension – a chorus of three women whose spooky tailing of the “little songbird” accentuate Nora’s fragile state of mind as she confronts her inner demons.”
★★★★ REMOTEGOAT (Rebecca Paton)